As part of the Arts & Transportation Rapid Response initiative, the City of Oakland worked with artist Jonathan Brumfield to pilot a solution for more aesthetically pleasing, sturdy Oakland Slow Streets barricades that better reflect East Oakland culture and still support safe distancing while traveling and exercising during the pandemic. Brumfield, in partnership with East Oakland residents, built a set of four barricade planters and a set of corresponding culturally-relevant signage.

The City of Oakland launched its Slow Streets Program in April to support physical activity and reduce overcrowding on trails, parks, and sidewalks during the pandemic by closing over 20 miles of streets to motor vehicles. After implementation, the city set out to evaluate the program and gather feedback from residents across the city. Residents in East Oakland—an historically predominantly Black community that has undergone decades of disinvestment—shared that the Slow Streets barricades were unattractive and confusing, and not meeting the needs of the community. The city sought to respond to the community through this project by working with an artist to pilot a solution for more aesthetically pleasing, sturdy Oakland Slow Streets barricades that better reflect East Oakland culture.

With help from Forecast Public Art, Smart Growth America selected and hired East Oakland-based artist Jonathan Brumfield. In addition to being an artist, Brumfield works with young people at a local non-profit and higher education institution, and is deeply aware of the disproportionate impact COVID-19 has had on his Black and Brown neighbors and his community’s concerns with the Slow Streets program. Keeping that front of mind, he worked with neighbors and the city to design a culturally-informed, beautiful, sturdy barricade that improved access to healthy food while still supporting safe transportation and recreation.

Before drafting designs, Brumfield reached out to neighbors and young people to share his project goals and learn more about which Slow Streets location should be used to pilot this new design and what they’d like to see included. This was the source of the idea of creating barricades that doubled as mini-community gardens. Brumfield then worked with a family in East Oakland to build a set of four barricade planters and painted artwork on the exterior of the planter that featured people riding scraper bicycles—a unique aspect of Oakland culture—children walking, people pushing strollers, and words of hope, including “Heal”, “Justice”, and “Grow.” Brumfield also created a corresponding set of signage to accompany the planter that featured similar artwork.

Brumfield worked with a family he knew in the East Oakland neighborhood to create the planter barricades. Those individuals were Mizan Alkebulan-Abakah, Sizwe Andrews-Abakah, and their children Fiyah, Omega, Pharaoh, and Saba; and Ajman Thrower.

In early October 2020, Brumfield, in partnership with the Oakland Department of Transportation and the Office of the Mayor, unveiled the planter barricades. The city is currently working with Brumfield to replicate the artwork from this project and incorporate it into their permanent Slow Streets signage.

The initial feedback following the unveiling has been largely positive. Brumfield has already been approached by other elected and community leaders who are interested in building planter barricades for their Slow Streets.

“This came out of community voice and if there is one thing I know about my hometown of Oakland, it is that we celebrate, we heal, we express ourselves through art and also through food. […] This is a traffic calming device that is both of these things. […] That is how we are as Oaklanders, we heal through our art, we heal through our dialogue with each other in deep community.”
– Mayor Libby Schaaf

Other cities around the country who are seeking to launch similar initiatives should consider the following reflections from the City of Oakland and Brumfield’s work:

“We loved having an artist who was also an organizer […] it made it so much more than a partnership between the city and an artist but a project that came from and was rooted in the community.”
– Noel Pond-Danchik, Transportation Planner at Oakland Department of Transportation

“We came up with something that would benefit our community and feed our people”
– Jonathan Brumfield, Artist

This project was part of Smart Growth America’s Arts & Transportation Rapid Response, an initiative for transportation agencies looking to creatively and quickly address pandemic-related transportation challenges. You can read about the other projects that were a part of this initiative here.

Solution #8: Mitigating the impacts of the COVID-19 pandemic 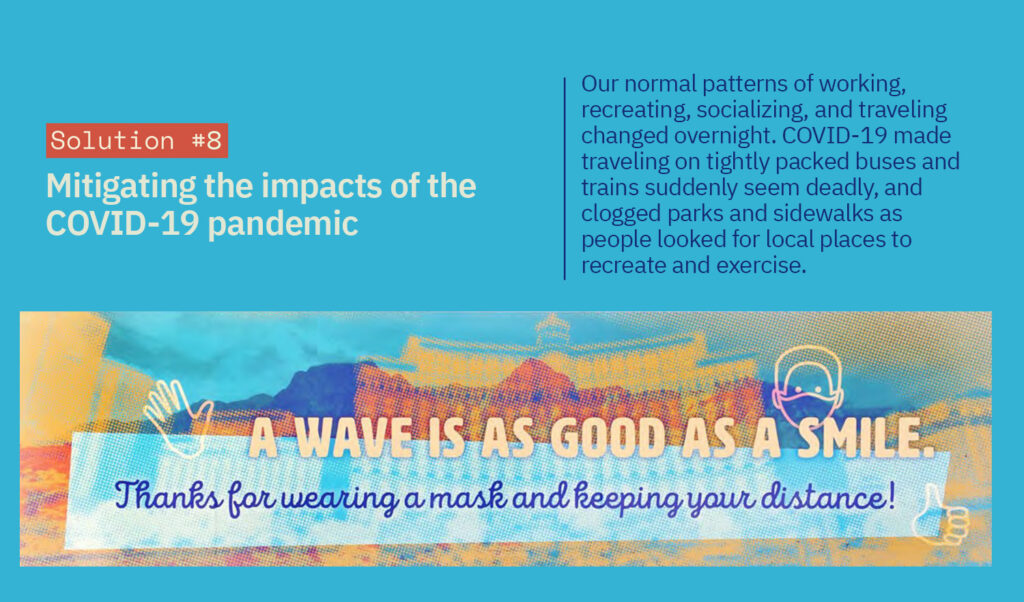 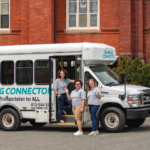 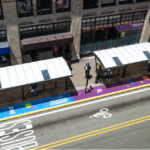 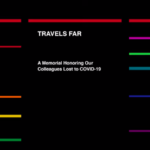 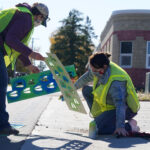 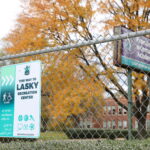 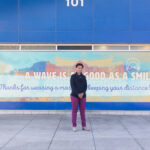 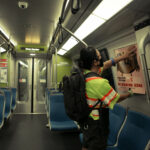