An artist-led bicycling and art project in the Bronx brought bicyclers and advocates together to highlight the need for more bicycle infrastructure in the borough.

From 1996 to 2005, Hunts Point in the south Bronx was one of three locations citywide with a high rate of fatal bike crashes and central Bronx was noted as one of the top three areas with a concentration of injuries to cyclists.1 While some safe bicycle infrastructure has since been added in this area, other boroughs received overwhelmingly more infrastructure to make bicycling safer and reduce injuries and fatalities. Even within the Bronx itself, the majority of the dedicated bike lanes are concentrated in the north and east Bronx2, while the south Bronx has historically experienced a higher rate of poverty and unemployment, and more limited infrastructural investments.3

Given comparatively low ridership, skeptics might argue against the need for plentiful bike lanes and bike parking. But the experience of almost every other city has proven that when safe infrastructure is added, rates of biking and walking go up accordingly. If you build it, they (bicyclists) will come. For example, in the last couple years Paris has made a significant investment in bike infrastructure and seen the number of bicycle riders double.

The “Cycling in the City” report released by the New York City Department of Transportation in January 2017 found that while New Yorkers borough-wide are riding bikes with more frequency, the percentage growth of riders in the Bronx in the past year (+19 percent) pales in comparison to that of its neighbors (Manhattan +98 percent, Brooklyn +83 percent, Queens +59 percent, Staten Island +22 percent.) “To meet this challenge,” Executive Director of advocacy group Transportation Alternatives Paul Steely White told Streetsblog NYC, “New York City needs equitable acceleration and expansion of the bike network in the Bronx and Staten Island, as well.”

In 2012, artists and south Bronx residents Elizabeth Hamby and Hatuey Ramos-Fermín were invited by the arts organization No Longer Empty to participate in This Side of Paradise, an exhibition in a vacant building in the south Bronx. The artists chose to focus their lens on transportation and bicycling, and ended up creating a project that would last for years: Boogie Down Rides.

For the exhibition (and what would become known as Boogie Down Rides,) Hamby and Ramos-Fermín created a public engagement project exploring transportation issues in the Bronx. As part of the launch, they hit the ground hard with “an aggressive calendar of events to build visibility in the community,” Hamby said. The artists quickly connected to active transportation advocates, public health professionals, and residents, and built a network, organizing a calendar of over 20 events like Bronx-based rides, workshops, and celebrations, including the festival Boogie on the Boulevard.

When asked how art helped centralize a focus around cycling in the borough, Hamby explained that “because of the utility of streets and the way that we use them in our daily lives, they can become invisible as public spaces. When you put a frame around transportation—like an art project—it makes that connection a lot more legible.”

The project not only convened residents in the short-term, but also served as a catalyst for ongoing advocacy. A Bronx cyclist named Mel Rodriguez who formed an advocacy group called Bike the Bronx in 2010, said he “joined the Boogie Down Rides planning committee because he believes the month-long series could lead to longer-lasting changes.”

A ride on the South Bronx River Greenway motivated community members to work with the artists to create a set of recommendations. Those recommendations were presented in a video of interviews with riders during the South Bronx River Greenway ride, including: adding signage, curb cuts, and ramps; restriping bike lanes; adding physical barriers to separate bikes and cars; repairing sidewalks; recalibrating traffic signals; adding artwork along routes; and creating pedestrian bridges.

Elizabeth Hamby explains that as a result of the rides, the local chapter of Transportation Alternatives reignited, and together they hosted, Boogie on the Boulevard, an event which temporarily brought back car-free Sundays on the Grand Concourse—an historic thoroughfare in The Bronx—in August, 2014. This event was key to helping NYC DOT think about the redesign of the corridor and eventually designating it as a priority corridor for safety improvements. The corridor is currently in Phase 4 of a major redesign, but has already seen a reduction in pedestrian fatalities and injuries.

Ultimately, the project served as a catalyst that galvanized Bronx riders around a central rallying cry of the Boogie Down Rides manifesto: “Bicycling together creates a temporary mobile community.” This community of Bronx cycling advocates has grown well beyond the run of the initial project. “The most important thing the project achieved,” says Hamby, “was a network of people who can collectively advocate for anything they want.” 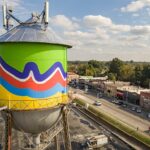