To help Indianapolis’ first bus rapid transit (BRT) route succeed, the Arts Council of Indianapolis and Transit Drives Indy worked with a number of artists to create interventions that educated the public about the Red Line’s route, construction progress, and destinations that the new BRT service will help people to access.

Like many mid-sized American cities, Indianapolis has long struggled with an inadequate transit system that poorly supports businesses and poorly serves riders, who must wait an average of one hour for buses to arrive. Indianapolis’ sprawl across central Indiana (Indianapolis is larger in area than New York City, but its population is just 10 percent of New York’s) isn’t especially conducive to transit, though the situation has begun to drastically improve.

In 2016, Indianapolis voters approved an income tax increase to support transit, the first-ever ballot referendum for public transportation in Indiana, thereby starting the process of creating three Bus Rapid Transit (BRT) lines in the city. To ensure that all Indy residents benefit from the recent investment in transit, the Arts Council of Indianapolis and Transit Drives Indy, a coalition of nonprofits and public agencies, partnered with a team of artists to support the launch of the Red Line, Indy’s first BRT route.1

The team recognized that Indy’s first BRT route would only succeed if Indy’s residents chose to ride the new service, especially given statutory requirements to meet a 25% of the service’s budget through the farebox. Artistic interventions, therefore, focused on creating a new public transportation culture and educating the public about the Red Line’s route, construction progress, and the sorts of things the BRT service will help people to access.

The artist-led interventions for the Red Line’s launch included:

Big Car—a collective of artists who use art as a democratic tool for nurturing a more vibrant city and boosting quality of life for every person—engaged community members through events including a Red Line Movie Night, Red Line Craft Fair, and Red Line Block Party. The goal of the events was to learn more about Big Car’s neighbors’ concerns and thoughts about the BRT service. This information was then used to produce three wayfinding kiosks on the south side of Indy to “highlight destinations, like schools, pharmacies, recreation centers, and grocery stores within a mile of the four Southside transit stops.” The kiosks, which launched in anticipation of the opening of the Red Line, each include “a map of the area highlighting local attractions, diagrams of what the Red Line stops will look like, informative pamphlets about the IndyGo transit system, and interactive features like Spotify scan codes that lead to playlists about transportation and a Where Will You Go on the Red Line? chalkboard.”

Jamie Pawlus—a freelance conceptual artist working in the public domain—created a project consisting of an interactive sign that humorously makes fun of the lengthy process that led to the Red Line. Through the project, Pawlus sought “to create a signlike sculpture that works all through the life cycle of the Red Line: the preconstruction publicity, the construction period, the period after construction but before service, and the new service.” The sculpture also includes a speaker that broadcasts music, poetry, information about the Red Line, and other musings when its motion sensor is activated.

Sapphire Theatre is not your typical theater company, bringing “theatre to the people rather than people to the theatre,” engaging a far wider range of people than traditional theaters. Sapphire Theatre artist, David Orr, envisioned its Red Line project as a way to “create a way for future riders to ‘pre-visualize’ what the Red Line experience will be like so that they would feel more comfortable taking the new transit mode and incorporating it into their lives.” Sapphire Theatre created A Beautiful Ride, a film that depicts a rider’s trip along the entirety of the Red Line’s 13-mile route. Shot using a time-lapse technique, the film includes music that is culturally relevant to the communities through which the Red Line passes.

Andrea D. Smith is a portrait and lifestyle photographer who works to improve her community. Smith’s Red Line project, “The Doors to Transit” project features physical doors installed at five future stops of the Red Line. Each door displays original photographs of youth and destinations near each stop. The doors also include the length of time it would take to travel on the Red Line to nearby stops, “to let potential riders know how the Red Line can positively affect their daily lives.”

Carlos Sosa is a graphic designer, strategic communications professional, and principal of the Sosa Group. For his Red Line project, Sosa wanted to create something that “reflected the deeply ambiguous cultural feelings people have towards riding the bus, and to highlight the different types of Red Line riders (frequent riders, never-rode-before, ride-when-necessary, and even, yes, Red Line haters) and their feelings about themselves and the Red Line.” Sosa’s “Still, I Ride” is a poetry project inspired by Maya Angelou’s poem “Still I Rise” and uses that poem’s format as a template for community-sourced poetry about the Red Line.

The first week after the Red Line opened, IndyGo sponsored live music at Rapid Transit stations. A parallel Music in Transit initiative recorded mini-concerts on moving Red Line buses and played them back on video screens and on social media, as part of the Red Line opening festivities.

The success of the Red Line creative placemaking projects stems from the varied approach that included a wide range of artists who each used a unique approach to educate the public about the new bus service. The breadth of their artistic practice provided a number of ways for the community to get involved with the Red Line both in advance, during, and after the Red Line’s opening.

The Red Line is the first bus rapid transit line to be implemented as part of the larger Marion County Transit Plan. The Purple Line and Blue Line are up next. While both project timelines were delayed due to the COVID-19 pandemic, Arts Council of Indianapolis hopes that they can implement similar creative placemaking efforts with each upcoming line. 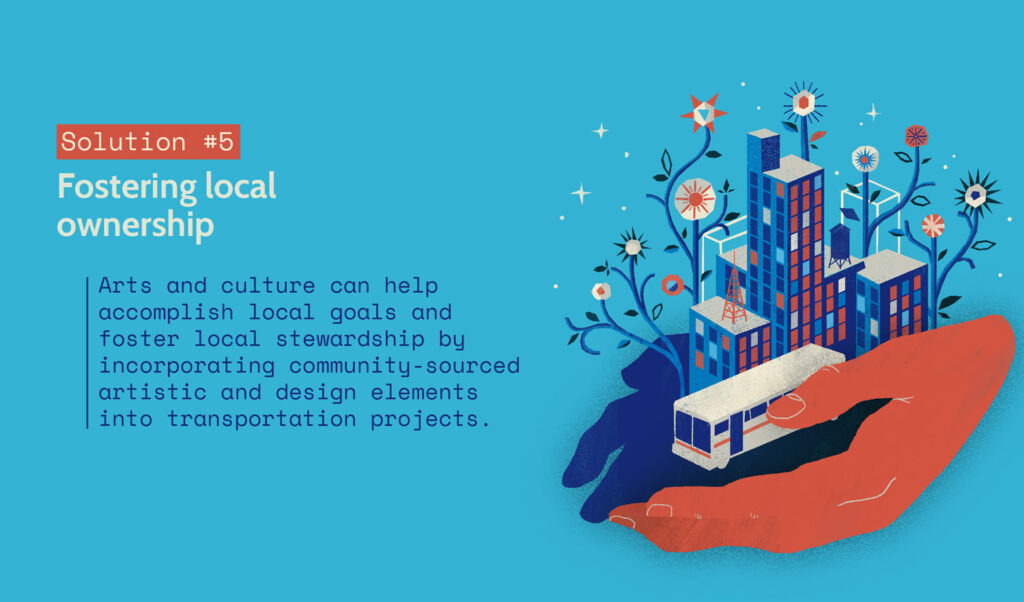 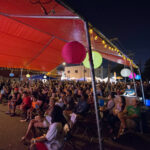 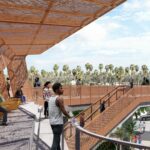 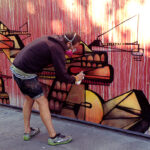 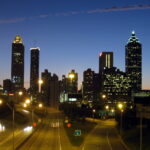 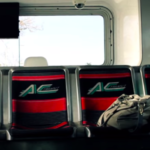 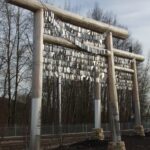 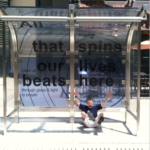 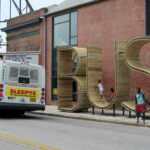 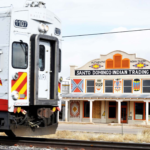 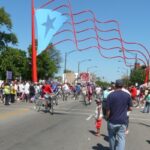 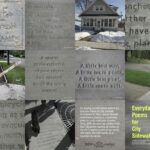